Doing stuff for no money is something many of us choose to do in our spare time for our friends, family or causes that we care about. When you start a social enterprise you usually do a fair bit of this in your working day too! But it is not sustainable. It’s obvious, I know – but in spite of the logical conclusion everyone will agree with, people keep expecting it to be different. One definition of madness is to repeat the same action and expect a different outcome.

(If tl:dr scroll to end for the five questions, you’re welcome)

The early days of choice

Several years ago I started getting involved with and running events in my spare time (for free). These were mainly BarCamps, unconferences and in 2008, hack days. The latter grew and through a lot of 24 hour days, the loss of one marriage, many friends (and possibly 100% health of my liver and nervous system) has has now become a successful and flourishing social enterprise: Rewired State (RS), alongside an extremely powerful NfP: Young Rewired State (YRS).

Until the beginning of last year, I managed to build and run this alone, hiring people as we became able to, choosing when to do stuff for free (still a great percentage of the time) and when to not, when to sacrifice the holidays for a greater cause and what to throw everything at.

There came a point when I looked at what the organisation had grown into, what clients were wanting and needing, how we were providing a service that was still ahead of the game. In a rapidly changing world we were suddenly more and more mainstream, organisations were facing very real challenges that we are uniquely able to resolve, and fast. It was time to get serious, scale up fast, or stop. Meanwhile Young Rewired State had a community of young self-taught programmers that was doubling every year, from tens of kids, to 100s, now 1000s of them across the world, and we are changing their lives.

Now I am not a CEO. I am a founder, an entrepreneur, an ideas person with a will as strong as an ox, and two children to support single-handedly – so I am not allowed to fail; that would mean three people up the swanny (not to mention those employed by the organisations). So at the beginning of last year I realised the limits of my own skill in running a business, I had taken this as far as I could on my will and best guess, now it was time for those who know how scale and grow a commercial and social enterprise to take over and make sure we did the right thing: continuing to meet the needs of clients whilst shoring up a well-supported and honoured network of developers. I had to go (well, to the Board at least, and get a job again doing what I do best!).

It took a year to find this person, with some hiccups, missteps and ill-judgments (they are very, very hard to find), and in fact it took a year and some external skill to ready the organisation to be taken forward – I will be brutally honest, we nearly lost it, we nearly lost both of them. All pro bono projects had to go, people had to go, we had to scale right back to super lean, in order to get into the racing blocks.

I *had* to step right back to allow those who knew what needed to be done to get it done – this was hard, brutally hard, but necessary and I know it was the right thing to do. The only hangover from last year in this regard, is the shift of the right to do stuff for free.

When I was running the organisations I could choose to do stuff for free. I could donate my own time, and shift profits from one project to cover costs for other pro bono projects, and I was comfortable in that space. It meant we stayed pretty small, but small and stable was fine. This was not about being hugely wealthy, this was about having a sustainable income, providing one for others as and when we could, and finding new ways to solve very real challenges faced by business and government.

I can no longer make decisions on pro bono work, except with my own time, but for a very good reason. In order for us to increase our impact, to scale up to meet the demands of clients, and to scale up YRS in order to include *all* the young people who need to be a part of this community – we have to get very real about money, about skills, about ability and about roles.

I am still asked, as I am sure everyone is who runs a social enterprise, to do stuff for free. I always say if I am happy to give away some of my own time; but if it involves more than me, I say that people are welcome to ask the CEO of Rewired State: Julia Higginbottom, and the MD of Young Rewired State: Ruth Nicholls, if they are wanting Rewired or Young Rewired to do stuff for them for nothing. I warn the asker that it is highly unlikely to pass the test of ‘Is it worth it?’ (bearing in mind both of those people lived through us nearly losing the lot last year), and I do feel a pang of guilt, no not guilt, obligation, that I am letting them down – these people doing the asking. But that is madness…

The consequences of your request

If we don’t do what we do, then right now, no one else does what we do – this is why both RS and YRS are successful social enterprises. We have a responsibility to stay, to grow, to do the very best we can for ourselves and for the communities and organisations we work with.

So, I think there are some questions everyone should ask themselves before they ask anyone, or any organisation to do something for free:

Asking people to do stuff for free always has consequences for the person you are asking or the organisation they represent. Be mindful of the consequences – whether personal, financial or commercial. It is your responsibility to ask after very careful consideration, not theirs to refuse only if they have a damn good excuse. Even if the whole enterprise has been built on personal sacrifice and doing stuff for free in the early days.

There I was being all quiet on my social media channels *cough* with occasional worky updates, then on one day – I saturate my feed with all things Rewired and Young Rewired State – “What the hell”, you may well ask, “are you thinking?”

So, I have been removing myself as CEO for the last three months, Dan Bowyer came in and did some brilliant work getting the ship in order and ready to be run as two officially separate organisations, no longer tied to each others (or my) apron strings. There was a *lot* of tidying to do! And now he has moved on to new pastures that need his genius sorting and winning skillage.

So now we are ready to come out as it were. I am officially on the boards of both organisations, and Ruth Nicholls is the Managing Director of Young Rewired State and Julia Higginbottom the CEO of Rewired State. Today sees the launch of three exciting things:

All of these things mark a very big second step for both organisations, and I am really excited for both of them, hugely proud of the team and count myself extremely lucky to have two such competent, passionate and dedicated women running them.

Please can you share the crowdfunding site as widely as you can with your networks, and please if you can afford to donate, do so! It really is a mammoth effort to raise £50,000 this way!!

Those people leading a centre at the Festival of Code this year are about to receive the following message:

This excellent idea was born by Nat and Julia Higginbottom of Rebel Uncut, who have both been very closely involved with the Festival over the years, and are filming most of it this year. Last year we had Rewired Art in Birmingham, where art students in Birmingham Uni joined the Birmingham Uni centre for the week, to create digital art projects. This was great but we felt too focused on one centre. We wanted to find a way to break this Festival better by including the arts for everyone.

One of our VIP judges and speakers is Yoni Bloch and I am *so excited* that he is coming. (I asked him by scribbling on a napkin and slipping it to him just after he came off the stage in Cannes – he appreciated the analogue approach I believe!) 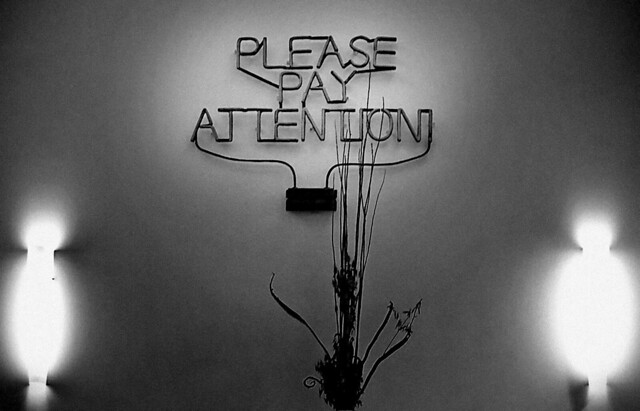 He has created this insanely brilliant platform called Interlude which is what we will be using. To give you an idea of how it works, here is Yoni’s own song video, put together using the Interlude technology: Pretend to be happy

I am really looking forward to this year’s Arts project, to how the film will turn out, also – inevitably – how the YRSers choose to use the Interlude platform themselves, outside of the scripted film!!

This Festival is just going to be huge amounts of fun, I am sure it will be technically challenged, but it wouldn’t be a Festival of Code if the wifi didn’t fall over and someone rewiring the AV so it doesn’t work on the day of the finale.

If this inspires you or your child to join in on the Festival week, then I know there are a few spaces left in a couple of centres, you can register here. And if you want to mentor, we always need people to swing by and help – all across the UK. Sign up as a mentor here.

Thank you everyone! AM so excited, do watch the action on the Eventifier machine