What is the male/female ratio?

The answer to this question is usually 5% max female.

Sometimes people then look at me expectantly for me to explain what I am going to do about this, and I usually look a little bit scared.

To be honest, finding developers of any age or gender, willing, talented and happy to either volunteer their time or give up a weekend (even if it is paid) to help government or organisations as they emerge blinking into the open digital world, is challenging enough. But to answer the girl question – so far I have been at a loss really, and sometimes irritated by the question. Why is no one ever happy?

But yet… it is an important question; and pertinent to me, as the mother of two daughters, one of whom is crying out to code, counts down the days to come to work with me on a hack day – and often fills in the memory gaps where I have missed vital sections of presentations.

Kidding, I don’t really know the answer, but Courtney Williams (a mentor from the National Museum of Computing, Bletchley Park, at Young Rewired State (YRS) this year) and Wendy Grossman (a freelance writer who followed and diarised YRS this year) have volunteered to look at some of the data we have and do some clever brainy things. This research will kick off in September 2011 and I will keep you all posted.

In the mean time, here’s my personal opinion based on a few years of working with developers of all ages, children of all ages and being a Mum of an aspiring girl-geek (9) (and a teenage daughter who has no interest whatsoever – she can be the ‘control’).

I find it relatively easy to understand and explain the lack of girl geeks, in YRS as well as in the grown up world. Here goes:

This is why I reckon YRS gets a higher female sign-up but greater drop-out rate just before the event. They sign up because they want to, they drop out because they cannot face the potential embarrassment <- if only they knew how heralded they would be by the achingly cool. But even the achingly cool kudos doesn’t win against the female peer group pressure.

Well, I hate to limit this to just the girl geek question, but perhaps in solving the problem of a dearth of female coders we can make a big dent in the broader problem of the lack of teaching any coding languages in the National Curriculum – anywhere.

Year 8 is too late

Start teaching coding as a part of the curriculum in Year 5. At this point the maths is strong enough in most kids. The IT curriculum has fostered a familiarity with computing and computers and the young minds are ready to start learning programming languages. Indeed they are creative, excited and have not yet developed any association, good or bad, with certain subjects.

I don’t suggest replacing the teaching of IT, that really helps kids get to grips with spreadsheets and word processing skills (yeah OK, Microsoft products, but hey). This is a new subject, an emergent but critical one – as critical as the traditional STEM subjects with which we are all so familiar.

If  it can be introduced as a part of the central curriculum in Year 5, I bet you my last penny that by the time those kids are drawn up through the education system, you would find far less of a disparity between the sexes – and maybe even an increased number of talented young people with an ability to manipulate open data, relate to code and challenging each other to design and build digital products that you and I have not even begun to imagine. Have a little imagine now… good innit?

Make one change: teach coding in Year 5 and thereafter, make it a part of the curriculum (as relevant and necessary as the traditional STEM subjects).

If you want to talk about this, share knowledge, do anything, then I will track what I can on twitter through the hashtag #yr8is2late

But I am only one person and this is not a personal campaign (yet) I want to do what I can, and I can share knowledge and experience, but it takes far more than YRS, Courtney, Wendy and myself to make a difference. And this difference would be for all young developers, not just female. 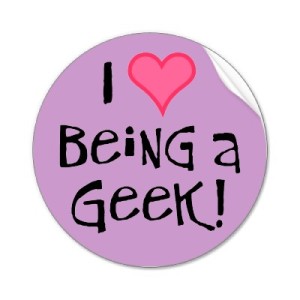